A film by Matthieu Chatellier

In a rehabilitation centre, recently amputated women and men are training to regain their autonomy. The medical team by their side is busy assisting them in standing again. Ingenious mechanisms have to fill the gaps.
Everyone gets their bearings. Tries, gauges and invents one’s new body. 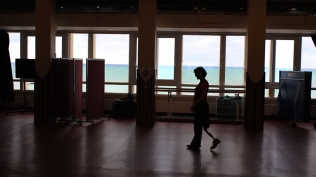 If you wish to order the film on DVD, please address a check for 15€ (including VAT) to Alter Ego Production, to be mailed to the following address:
Alter Ego Production – 48 rue de Bourgogne – 45000 Orleans, France
Shipping and handling included. Don’t forget to indicate the title of the film, the number of copies you wish to purchase, and your mailing address.